Ok so I am sort of cheating with this week's Footie Hottie by using an old fan favourite in the form of Mt Freddie Ljungberg BUT considering that the Barclays Premier League will be starting this month I can't help but reflect on some of my old favourites including him.

Freddie is a retired Swedish footballer BUT he was also a Calvin Kein model, and by the pictures below, you'll understand why!
Freddie played for a number of teams over his professional career but most noticeably, Aresenal. He was part of what could be considered one of Aresenal's most successful teams.

It's no wonder that they have now named him an Aresenal ambassedor of the club. 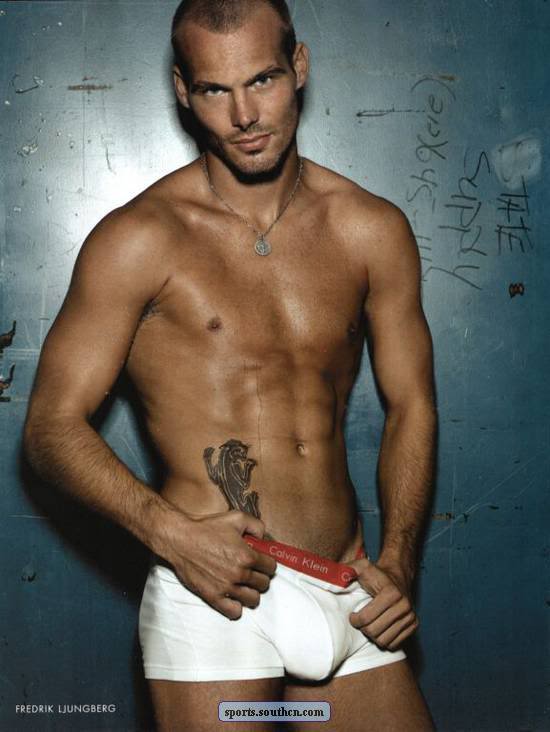 Onto Some Football News:
*Apparently Gareth Bale is desperate to leave Tottenham Hotspur for Real Madrid. I suppose he wants to get more of the Spanish sun in. The big question is, if Bale leaves, who will Totts buy to replace him?
* Rumour has it that Cristiano Ronaldo may be on his way back to Manchester however this purchase will cost around 80 million Euros!
* Also, Wayne Rooney, may decide to stay at Manchester United, depending on how the fans receive him during the pre-season friendlies.
*Is Liverpool FC up for sale again? According to Fenway this rumour is not true.
*Lastly, Liverpool loaned Pepe Reina out to Napoli and he wrote an open letter to the Liverpool fans AND the emotion which comes through his letter is so thick and you can tell he is incredibly hurt by the way in which the loan deal occurred. I have to tell you, I am so angry with Brendan Rogers as I really don't believe that we should have loaned him out.
Either way, have a good weekend everyone! x﻿
Posted by Nats ~Coral Tinted Perceptions at 18:29

Email ThisBlogThis!Share to TwitterShare to FacebookShare to Pinterest
Labels: football, football Friday, In the News, Liverpool

Mmmm, lady you've got me drooling! ;)