A Beautiful Wedding for Lerato & Christiaan

This last Friday I attended a wedding of one of my friends I made at the beginning of my Undergraduate degree. While I could write an entire post on Lerato and my friendship, I don't want to distract you from the reason for my actual post being Lerato got married on Friday to Christiaan.

Firstly I'll state the obvious, they are clearly from two different cultures. Lerato is from an African background and Christiaan is German. The second most obvious thing is that the cultural differences and challenges are irrelevant in light of how they feel about one another.


Lerato may have been open to love but I'm not entirely sure if she believed in it completely until Christiaan and more so until she felt how much he loved her (warts and all, figuratively speaking)  and how much she was capable of loving him. 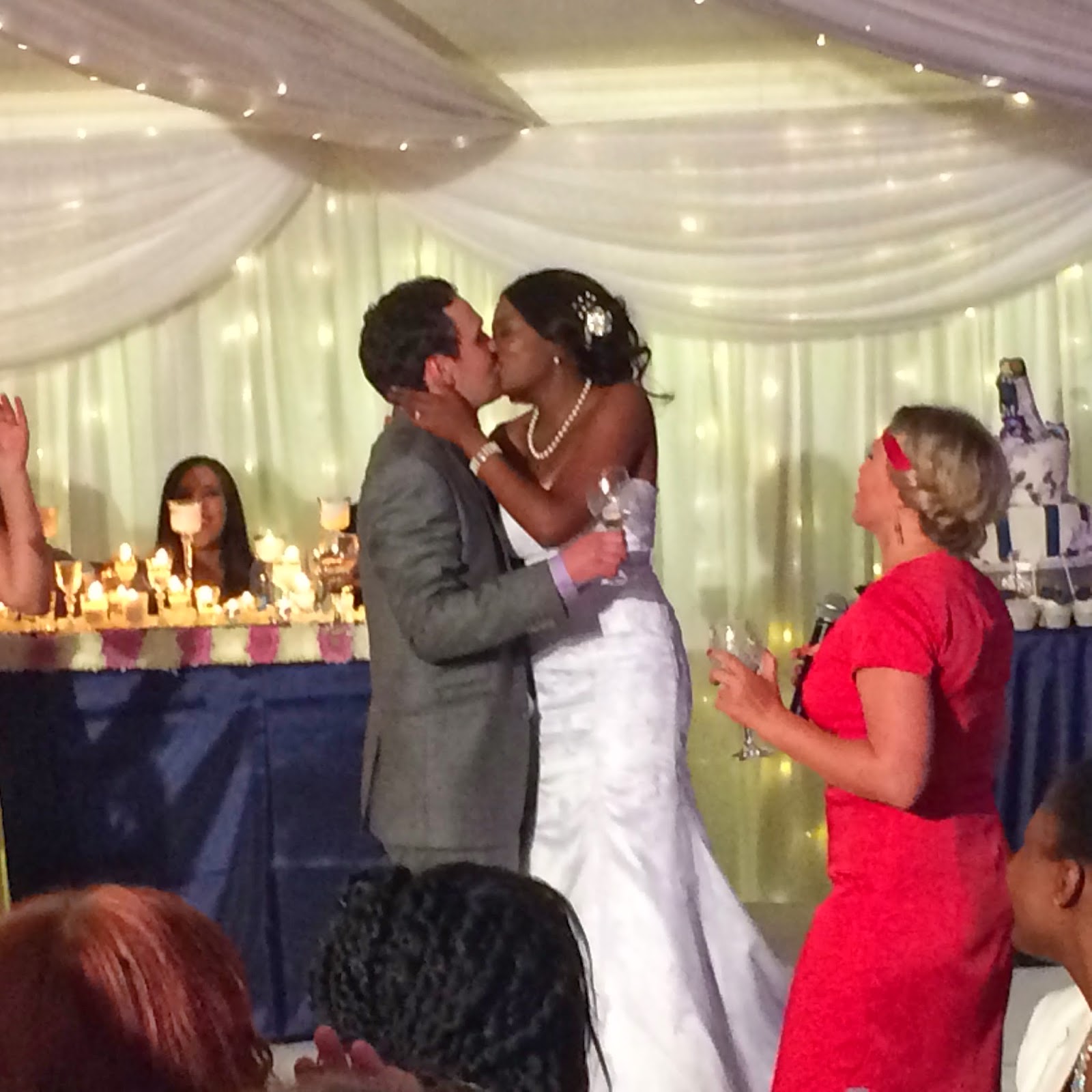 I've only met Christiaan on a handful of occasions and on each one I've watched how enchanted he is by Lerato.

Their wedding was incredibly beautiful, despite the overcast Johannesburg weather. It was lovely but the reception was where things were even more sentimental. While the Bride and Groom could barely step away from one another, it was their respective fathers and siblings which gave the wedding an extra special feeling.
The Bride's brother (and MC) said a poem which related back to a younger Lerato and her youthful insistence that she would not marry although he knew she would. The Bride's sister then went on to give a touching and appropriately funny speech about how she always wanted to be like her big sister and that her recent fears of losing her sister have been replaced by comfort in her gaining a brother in Christiaan. 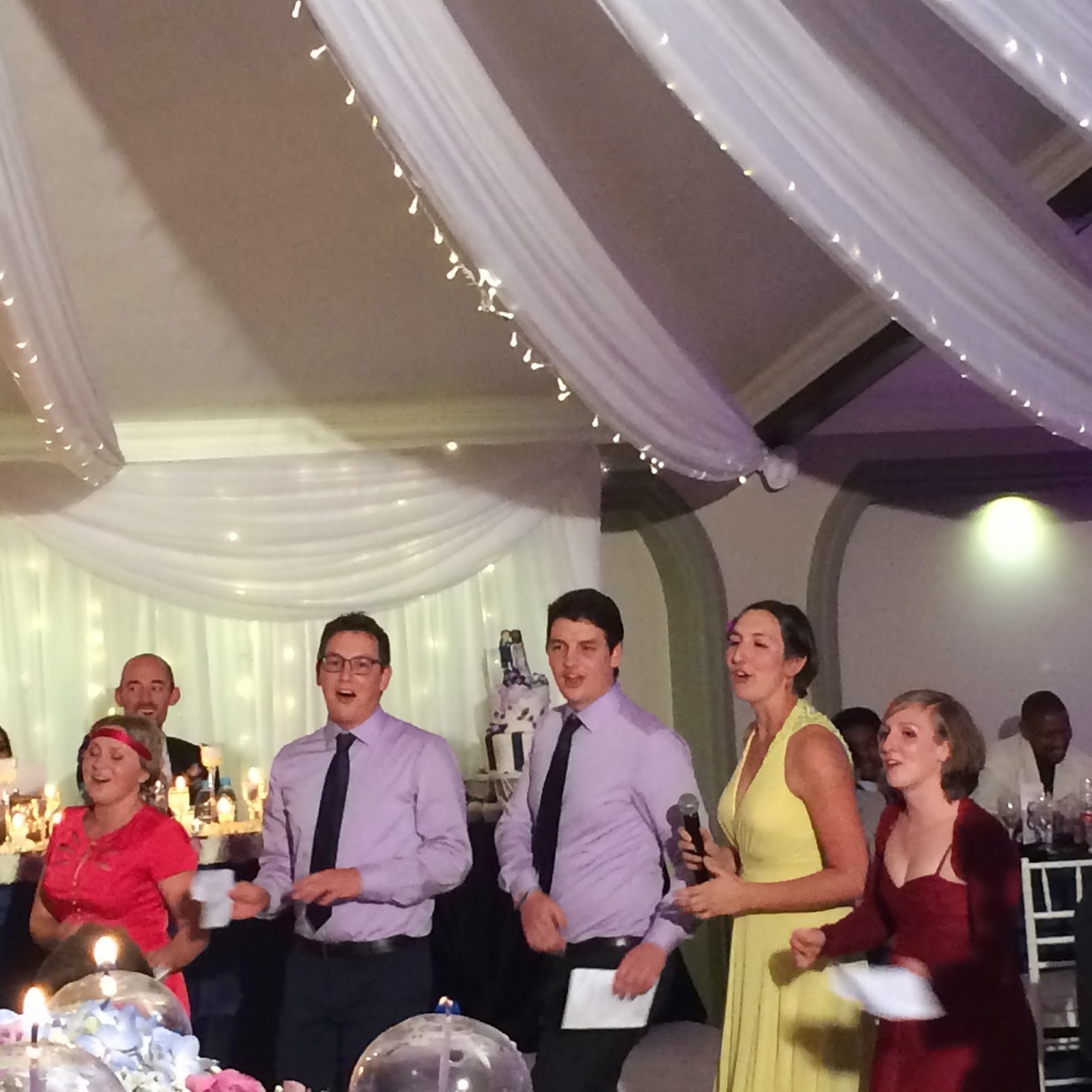 The Groom's siblings did the most adorable and corny (which I LOVED) musical performance of "Ob La Di" but with new lyrics telling the love story of Lerato and Christiaan.

The thing I take away from their wedding is, Love is truly beautiful, you just have to be open to it. I wish Lerato and Christiaan all the happiness in the world in their new life together!!!!

I have used a combination of photos which I took as well as one of my friends (Thanks Kris!!!)

Congrats! :) May I know what happened next to your wedding? :)
Alveo Lerato