I have read the two books from this series in less than a week. I have had sleepless nights in the last week just because I wanted to find out what was next and to see how it was handled. 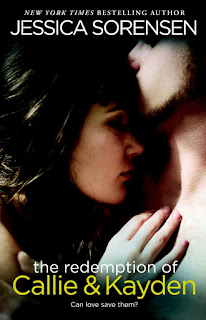 I do not want to go into the details of the story line, essentially Callie Lawrence and Kayden Owens both come with their own special bits of baggage.

Callie views herself as fragile, but in truth she's stronger than most people I know. Whereas Kayden thinks his tough - he almost crumbles at the sight of receiving a random act of kindness.

I picked up the first book, the Coincidence of Callie & Kayden based purely on the use of the word "coincidence" in the title. Now I know, you should never judge a book by it's cover but it's the second time it worked in my favor.

The story also touches on a lot of taboo (albeit sensitive) topics and it made me draw on people I know who have been in similar situations which is both sad and eye-opening.

You can know someone has been through an event and think you understand the pains that they feel. The truth is, I had no idea but this book allowed me to have a deeper understanding.

Seth, Callie's best friend, also reminds me of so many men I have come to know. The follow up to the Coincidence of Callie & Kayden aptly called The Redemption of Callie & Kayden was good. Really good. I was so invested in the characters that I couldn't wait to buy the physical book and downloaded it to my kindle and then I finished it in two days.

I am so happy that this book reignited my love for reading!

What are you currently reading?