I've been going to movies much more than I did in the last few years. I just thought I would round up the movies I watched last month.

I already told you about A Long Walk To Freedom.

The Hobbit the Desolation of Smaug

Firstly, let me say, I did not watch the first Hobbit film but my friend said she wanted to watch this and I could ask questions where I had them. I didn't need much convincing especially because I knew I would get to see the Elf version of Orlando Bloom and let's face it, that man works his white hair like no other!
The movie was really good. The dwarfs were adorable and tough and one was even hot (don't judge!) 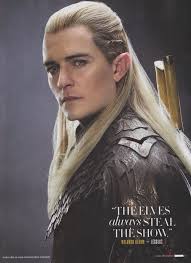 This was funny enough for a Wednesday evening with my parents. Don't get me wrong, the movie is funny, I mean it's Vince Vaughn. so I laughed A LOT! But the story line was predictable and a bit long winded and somewhat unforgettable. Anyway, wait for the movie to come onto TV.


Don Jon and The Secret Life of Walter Mitty 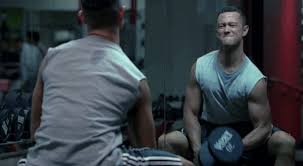 I have a funny story (and completely awkward) my mom and I were going to movies while my dad was away for a few days and she chose Don Jon. She thought it was a romance drama and for those that haven't watched it - IT IS NOT! We left after 10 minutes because of the first 10 minutes, 7 of the minutes were showing scenes from the a popular pornographic site! I am not joking! I wish I was but those were the worst 10 minutes of any movie I have ever watched. I adore Joseph Gordon Levitt from his time in 10 Things I Hate About You but I could not watch anymore of this movie.

When we left, the manager said we could go into any other movie and my mom made another stellar choice (note my sarcasm), The Secret Life of Walter Mitty - one word - BORING!


The Wolf of Wall Street

This was my favourite movie of the month however it was also way toooooo long. Leo Dicaprio was brilliant and provided a stellar performance. I really enjoyed Leo in his character but also Jonah Hill and Margot Robbie. Thank goodness, I watched this with one of my friends and not my mother because I don't think we could have taken another super charged sex movie with the added benefit of all the drug use. I am really hoping that Leo wins the Oscar because he definitely deserves it!

I can only imagine what my February movies will be like!Any suggestions?