I don't think it's accurate to include this particular game on my bucket list because I would have never thought it would be possible to even watch some of the players I did watch.

On Friday, I mentioned how excited I was and I had no idea how that would only be the tip of the iceberg.

Last week was rough for me, work was rough and my sleeping patterns were completed messed up and if I thought that was hectic, things only got worse when we almost missed our flight because we were running a little late and the lady helping us well, didn't help! She printed my ticket twice and my dad was left without a ticket then when we finally all had tickets I thought my flight wasn't boarding so I went to buy a book and almost missed my flight. So if you were in OR Tambo on Friday and saw a girl running thought - it was me!

When we arrived at King Shaka International, none other than Kaiser Chiefs (and more so Bafana Bafana) legend - Doctor Khumalo was on my flight and he was nice enough to take a quick picture with me. 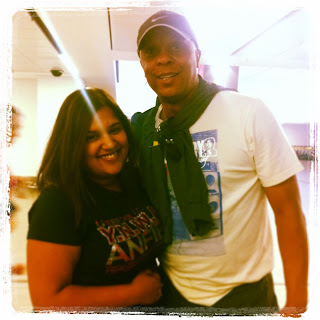 Back to the game, I was so psyched on Saturday to see so many Liverpool fans and for the short time it felt like we were all going to see Liverpool play at Anfield. When You'll Never Walk Alone was playing at the beginning of the day, it was definitely a "MOMENT". 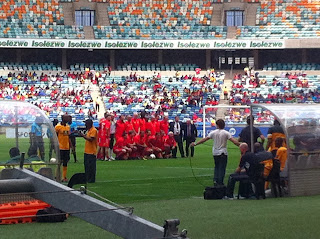 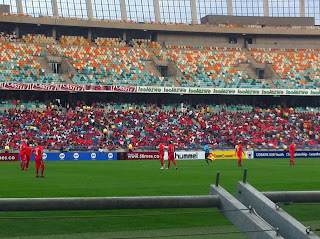 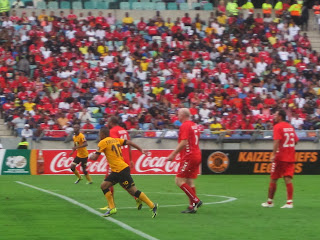 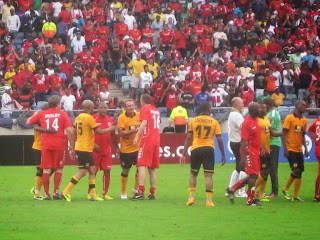 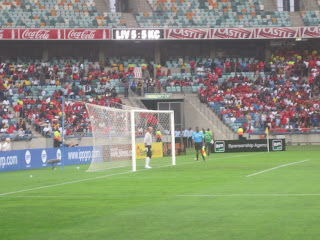 Liverpool lost over penalties but the game was played in such a good spirit and there were so many goals it really was a great experience. 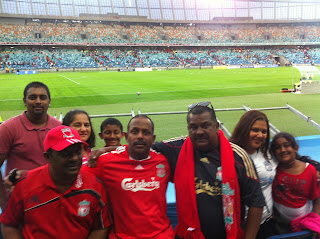 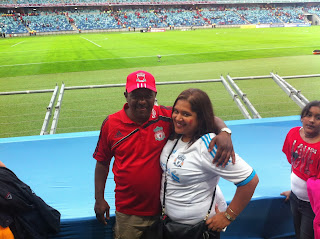 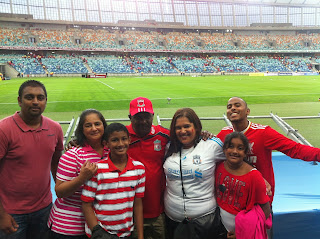 When leaving Durban on Sunday evening I then bumped into Liverpool FC legend, Bruce Grobbelaar and I am so happy that I got that opportunity. I was definitely reminded this weekend I am extremely blessed. 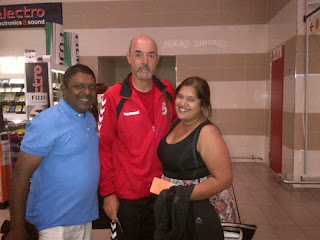 Who is the most surprising celeb you have met? Were you at the game?