Yesterday Candice,Lyle and I finally made it to the Neighbourgoods Market in Braamfontein, Johannesburg and let me warn you now - you will eat A LOT of good food! This is not the place to go to when you're on a diet and the shop owners are not afraid to remind you of that too... See pics below 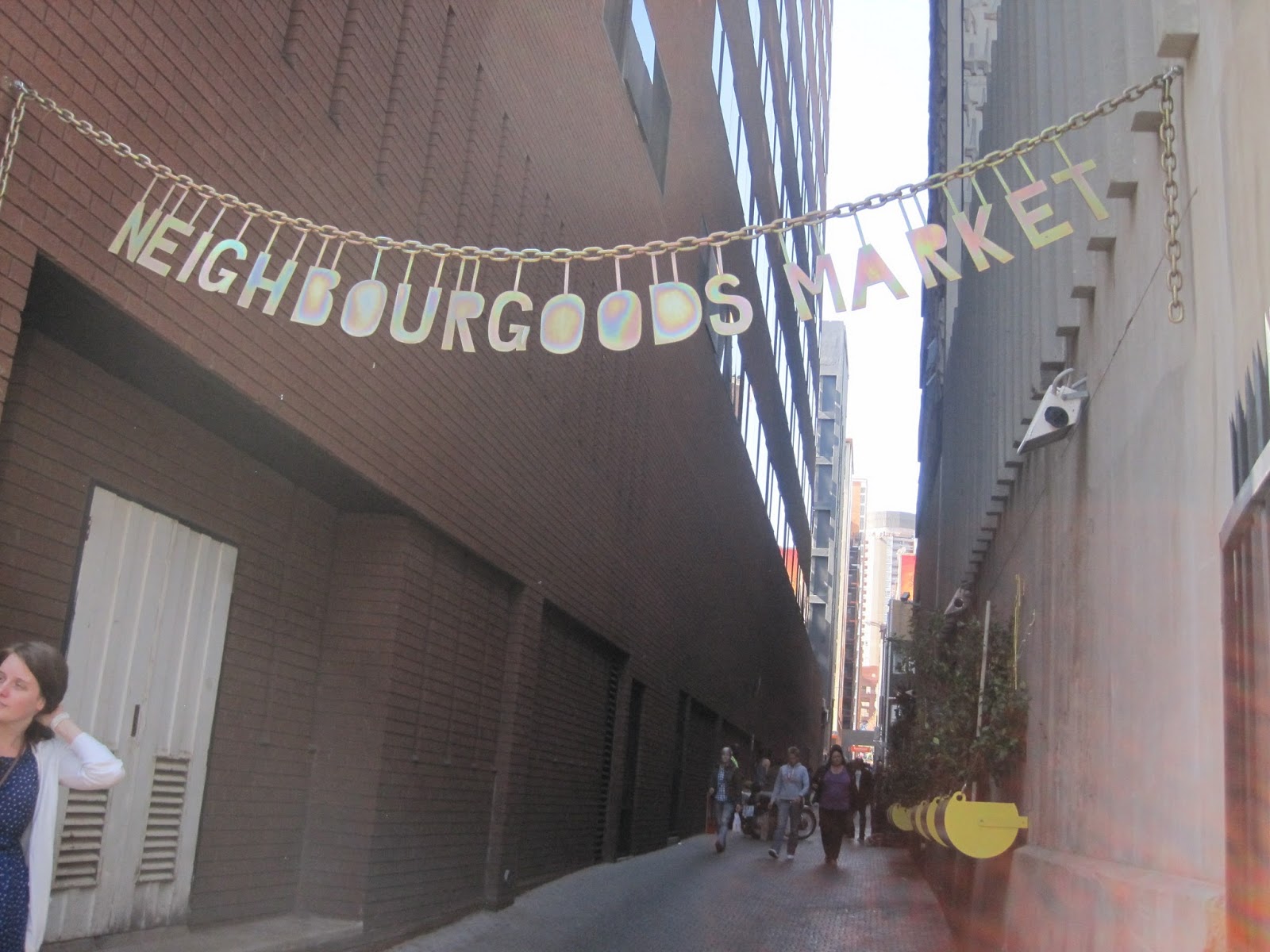 We arrived around 11 o'clock and it was already packed and as soon as you walk up the ramp you feel as if you have just walked into another city. The market is bustling with loads of food options from Spanish Paella to burgers to pastries and loads of drink options.

We decided we wanted to try a few different foods so we purchased a whole lot of different things... First we tried the paella which is made in these  huge woks, right in front of you. Just looking at the food makes you salivate. We then tried a steak roll and smoothies... 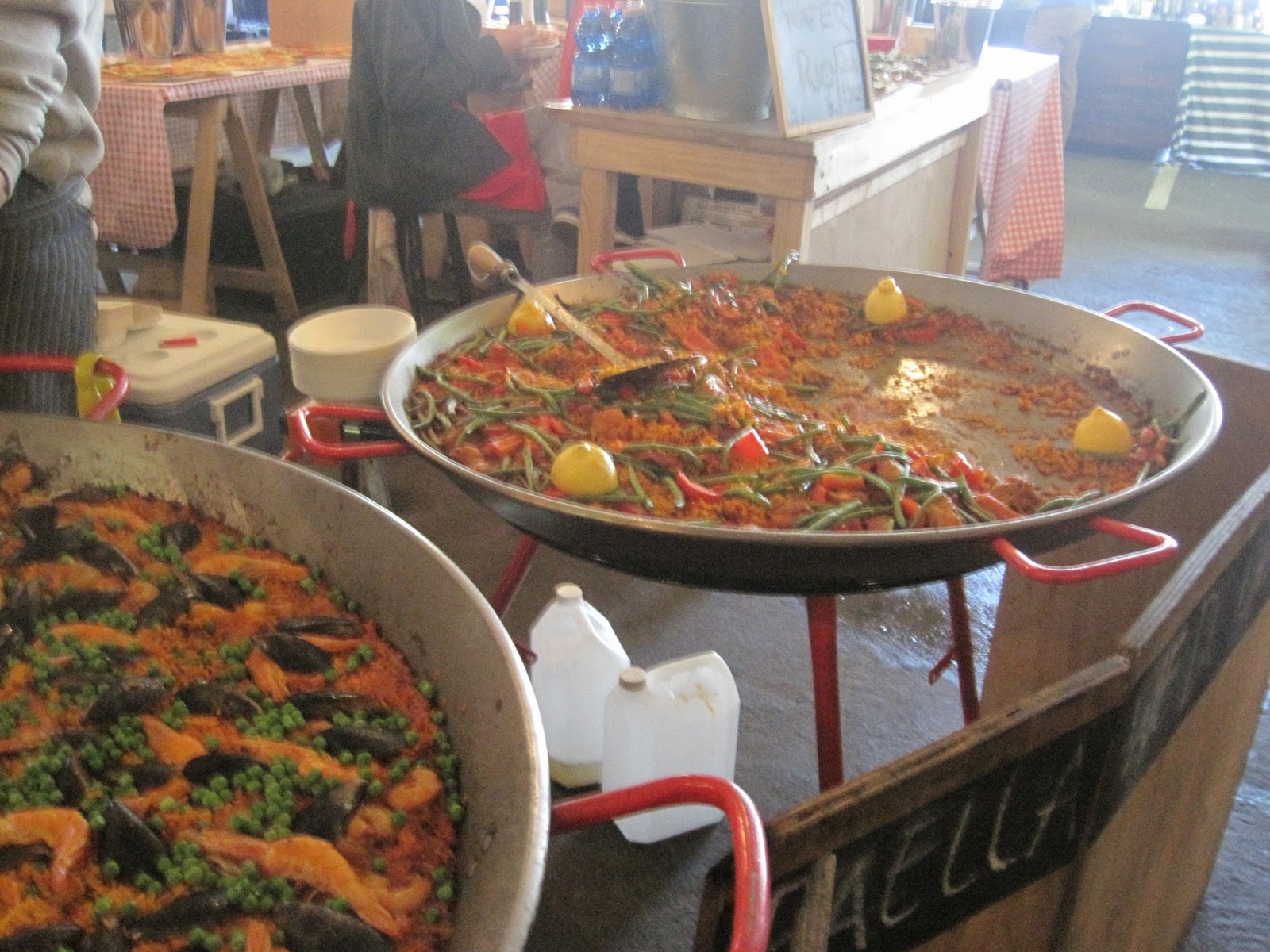 We went upstairs to where the Designers display their clothes or jewellery which is very similar to the Old Biscuit Mill's (in Cape Town) ambience. 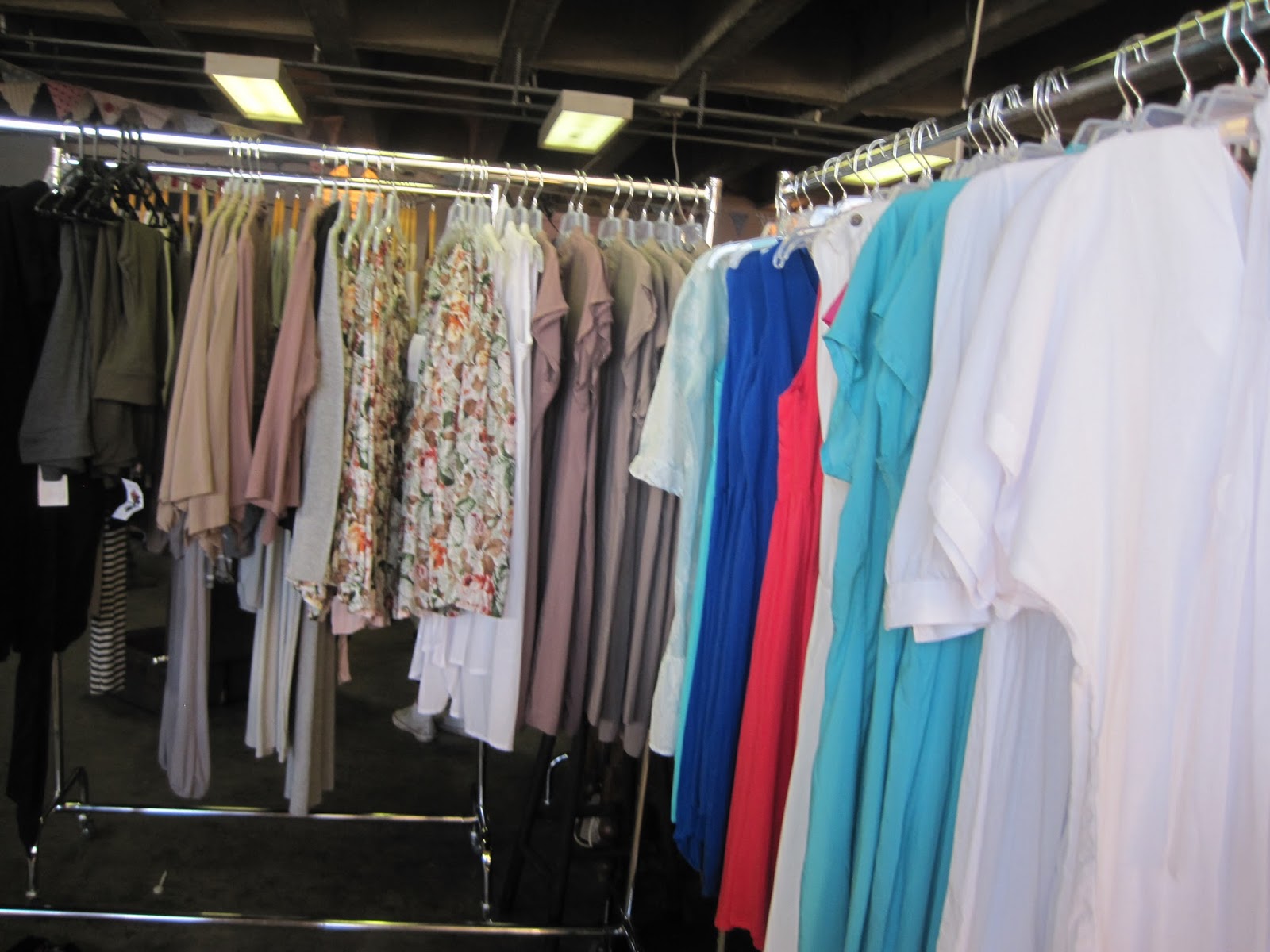 Back to our food, we then decided to try desserts. Candice started with a cleanse of freshly cut coconut and I had to take a pic with it, I mean, of course drinking from a fresh coconut on the streets of Jozi is truly an experience which needed to be captured on camera :) 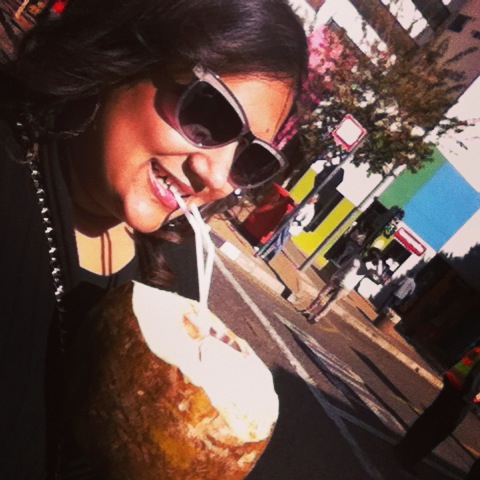 ﻿
And Can and Lyle took a cheesey and romantic picture with the coconut :) 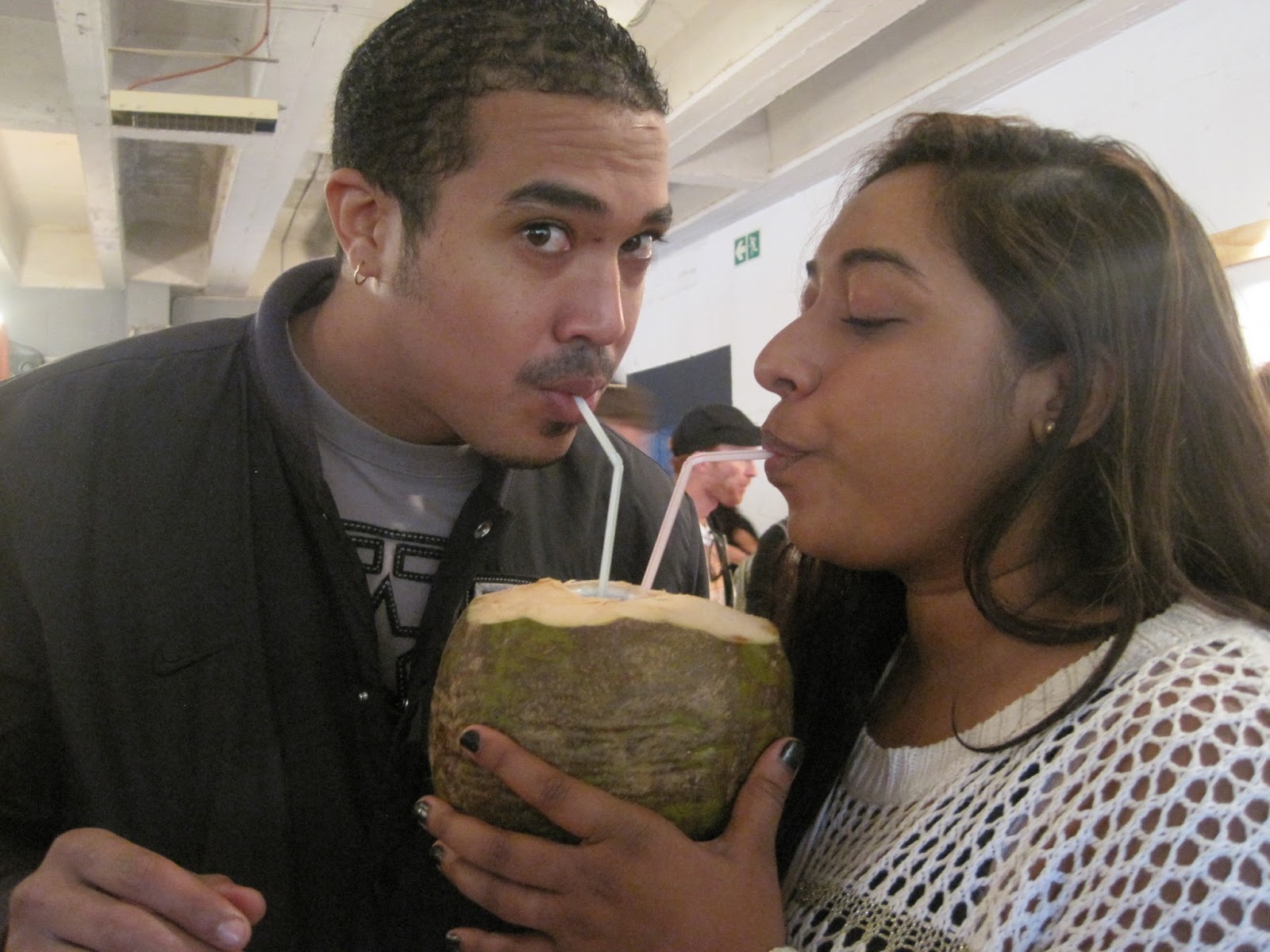 Then we found these really cool brownies and cinnamon buns which we decided we would eat at home so I could have freshly made belgian waffles with fresh strawberries and ice cream and if that wasn't enough we shared a "Top Deck" Crepe which has nutella and condense milk, it was devilishly tasting!

After all the lines and food options we decided that we should leave because people who were seated were not getting up and we could only stand and eat for so long.

I will definitely be going back to Neighbourgoods but I will go earlier and reserve seats by making at least one of my group keep seats while we take chances to go pick foods. I have to try the burger which had at least 40 people queing for at a time! Also I would go with more money, you are paying for gourmet food and your pocket will feel it if you are unprepared and most importantly go with cash!

Have you been before? What did you think?

Here are some pictures from my experience... 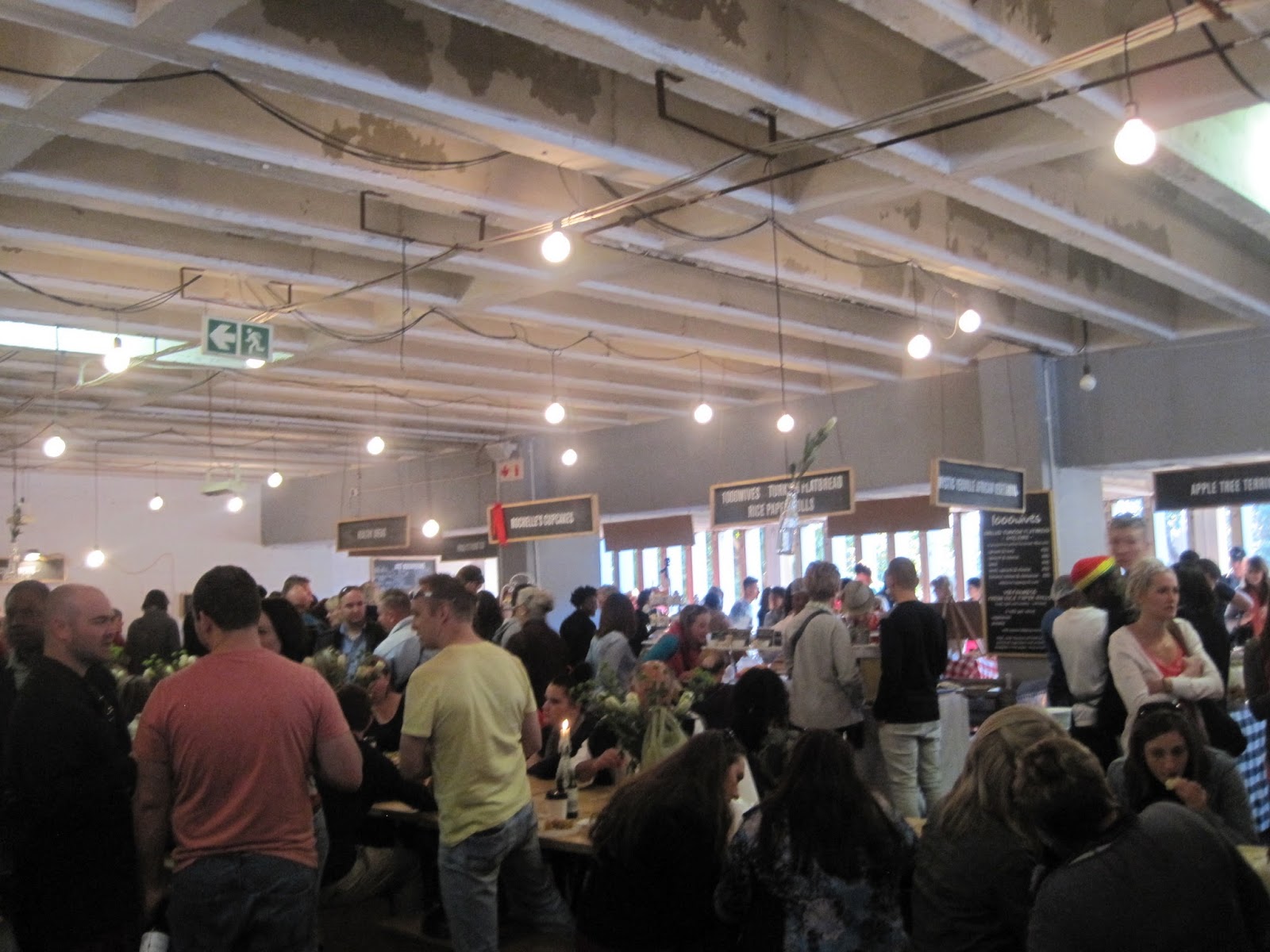 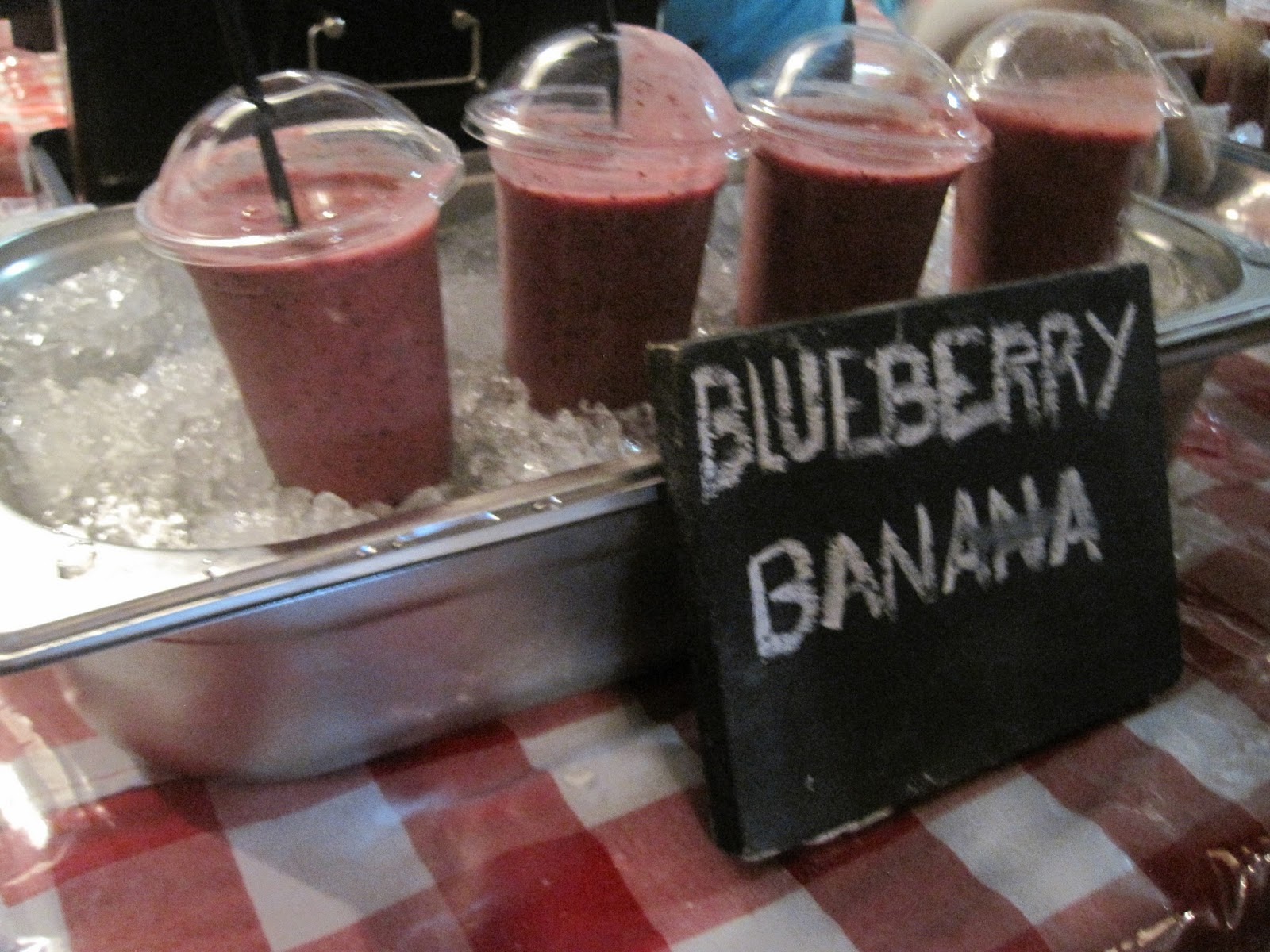 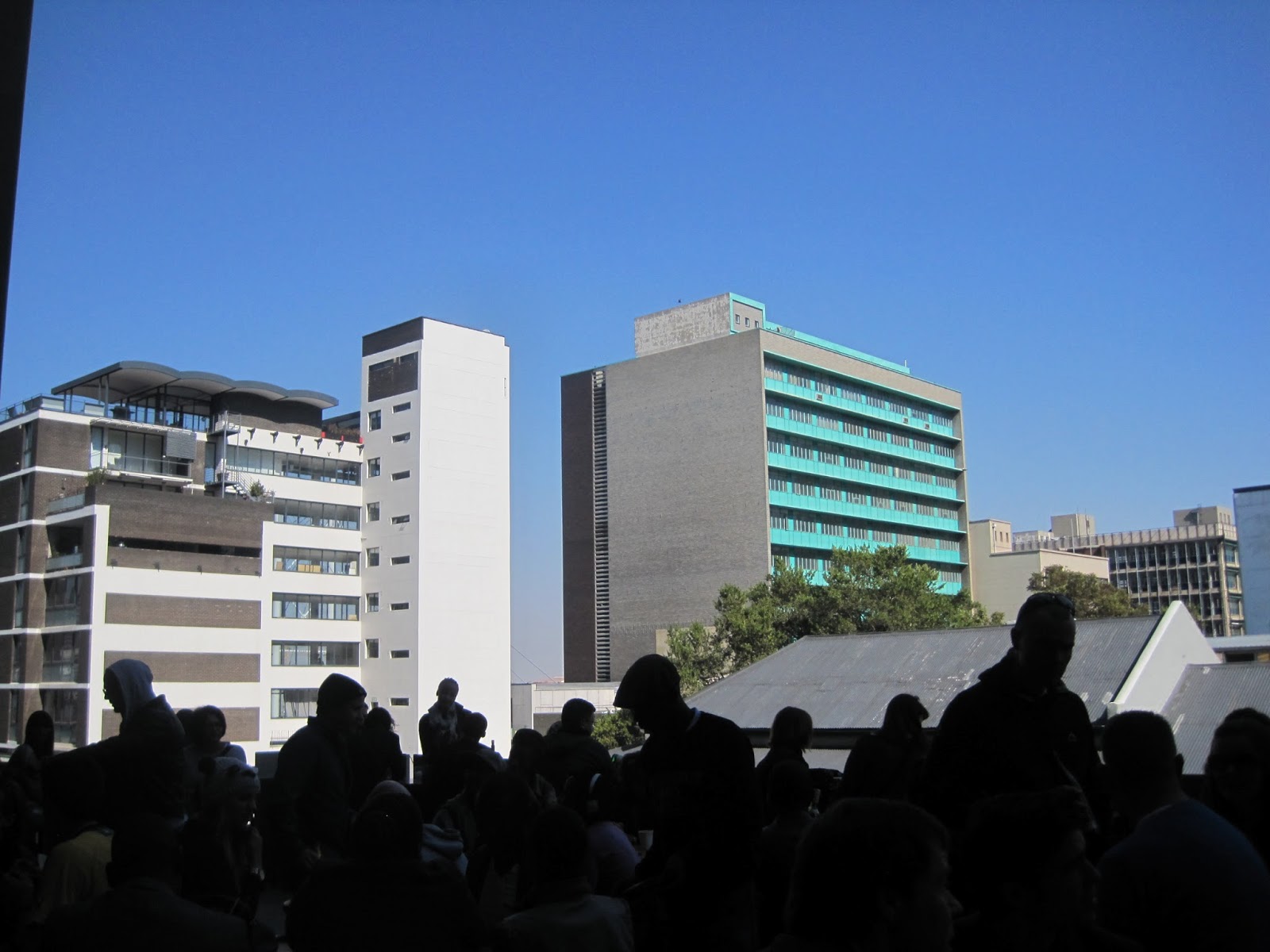 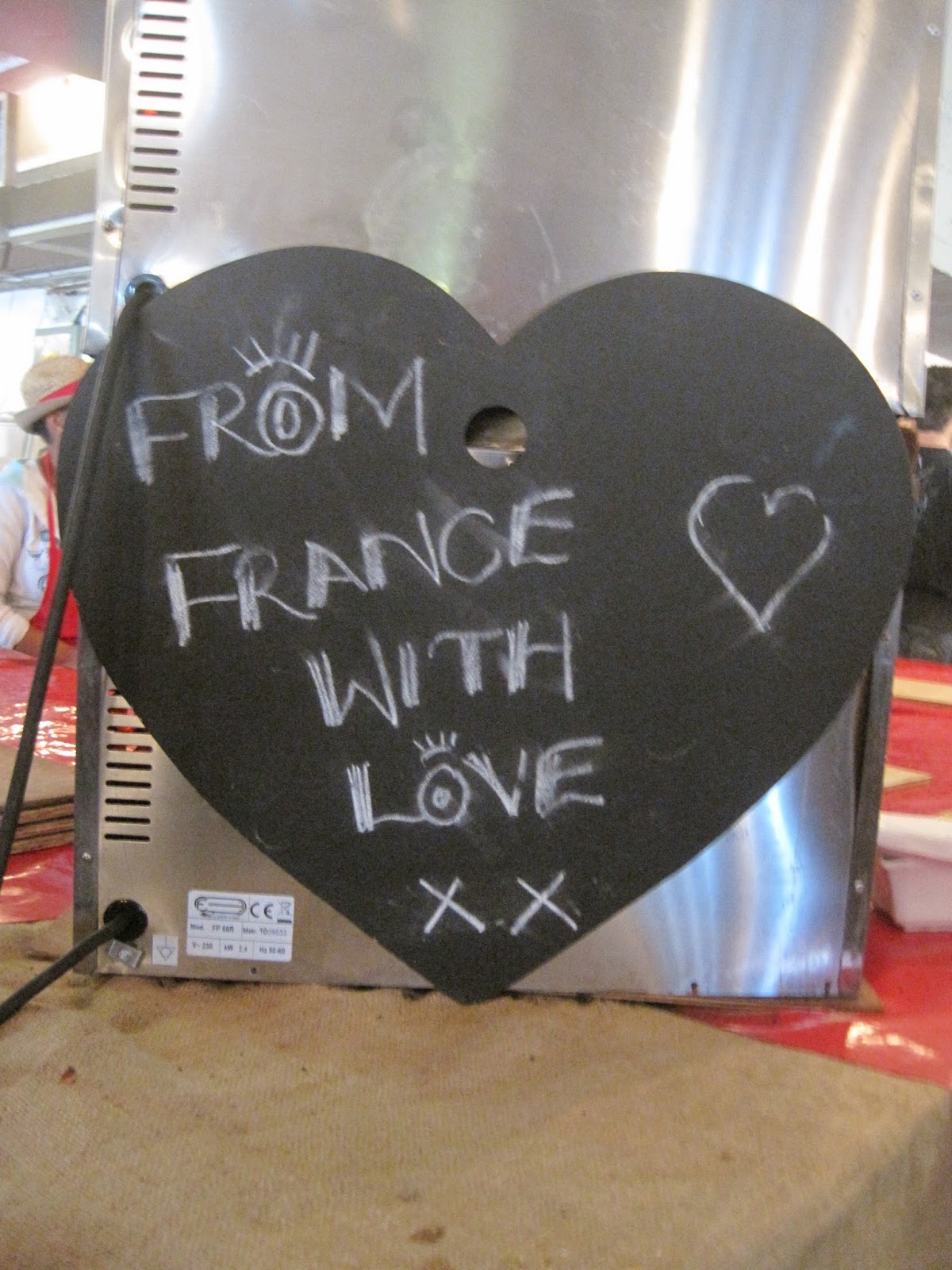 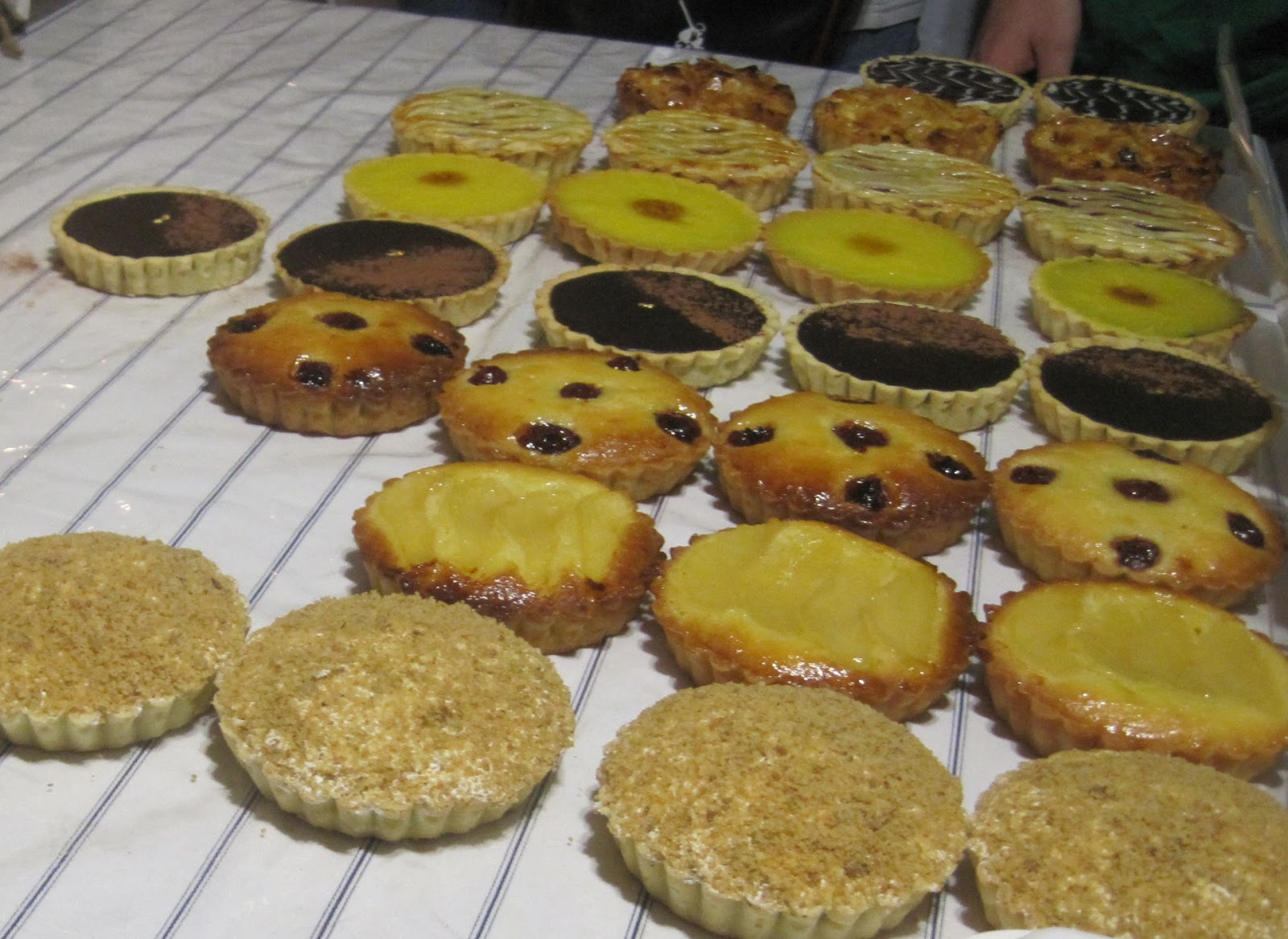 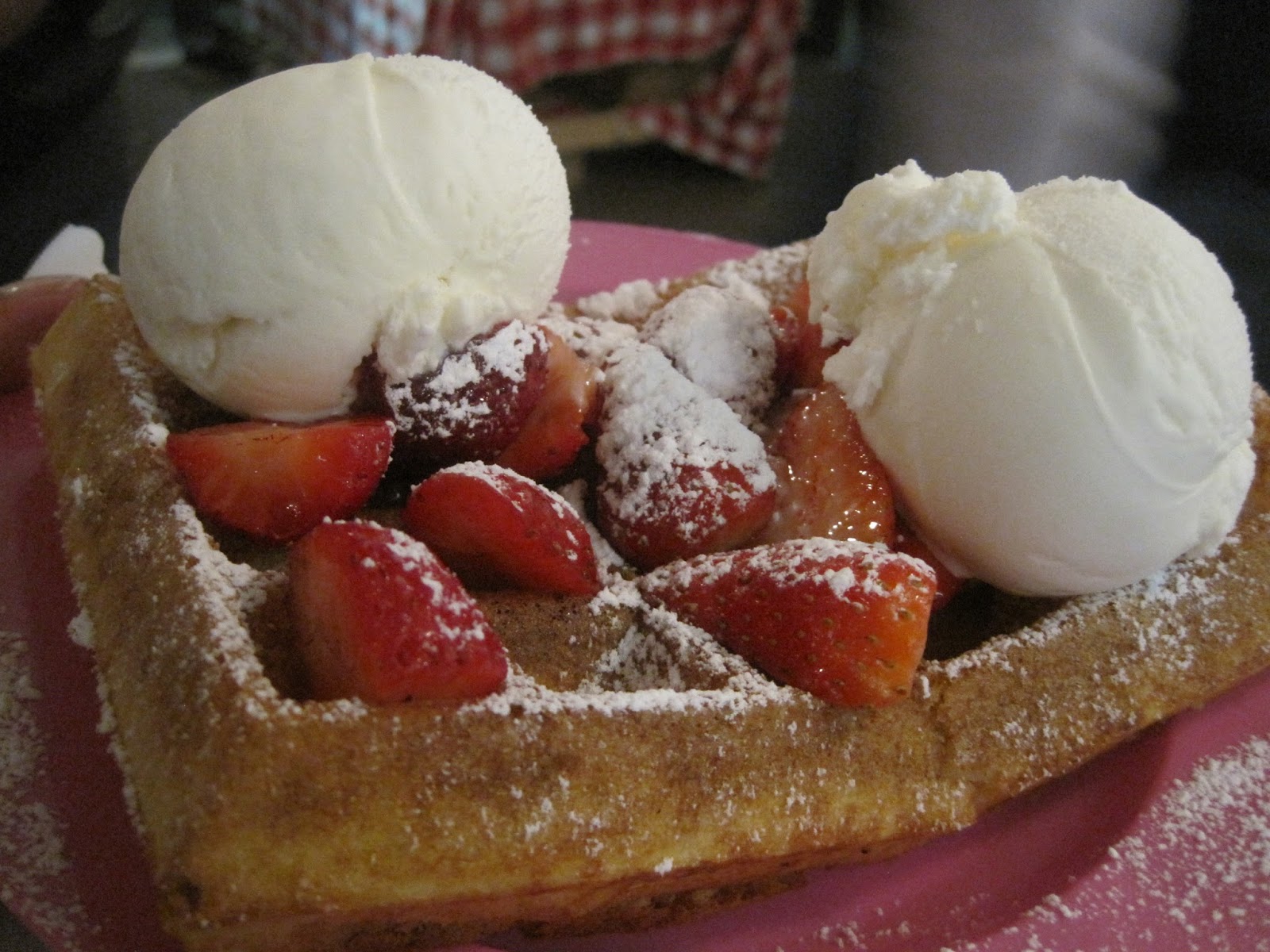 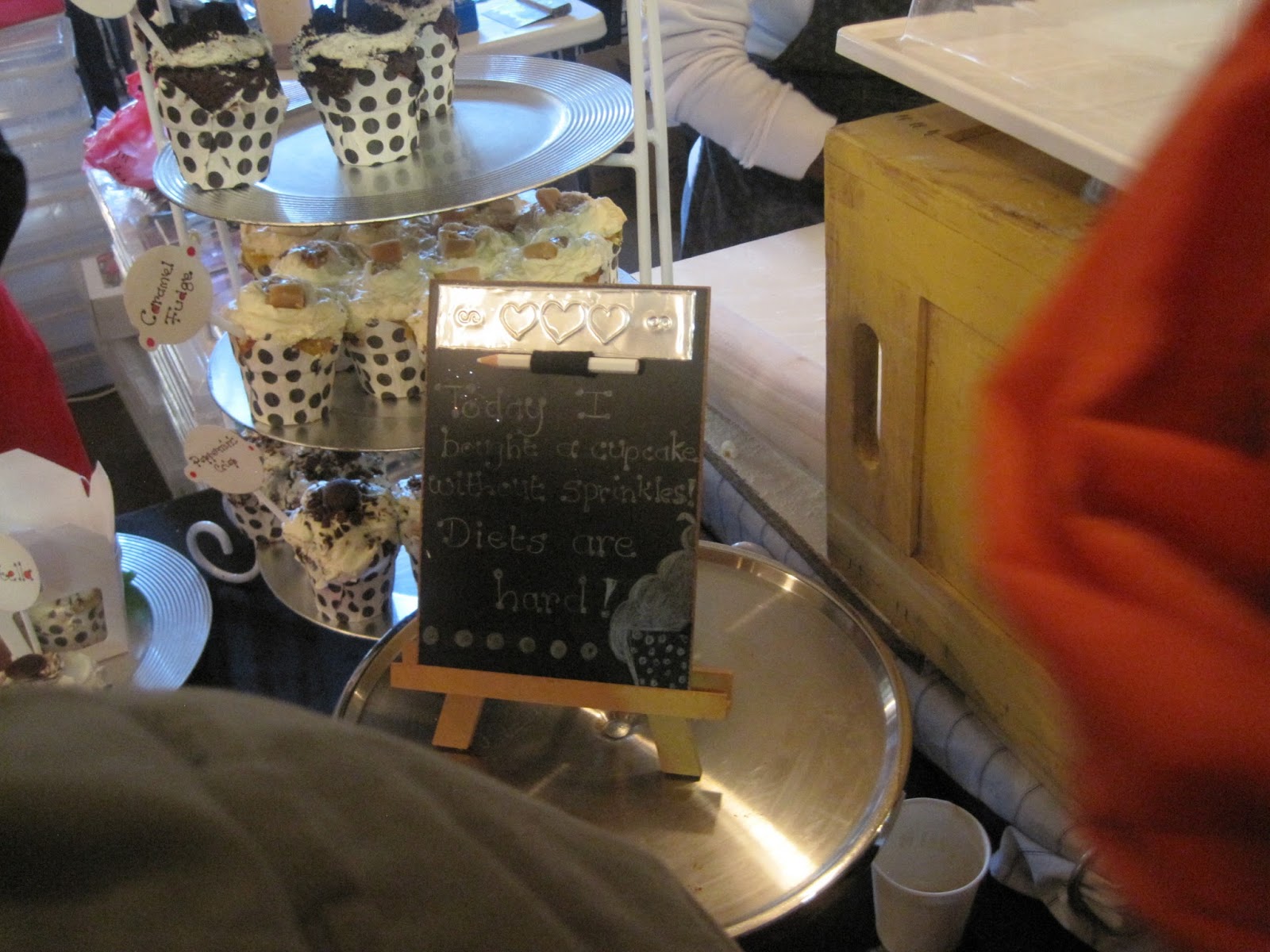 Email ThisBlogThis!Share to TwitterShare to FacebookShare to Pinterest
Labels: Jhb experiences, Johannesburg, places to eat, Things to do