In my previous post I shared links that I've been liking. One of them was a personality test, the Myers Briggs test more specifically and what I failed to share is that every time I have taken this test I have received a different result. 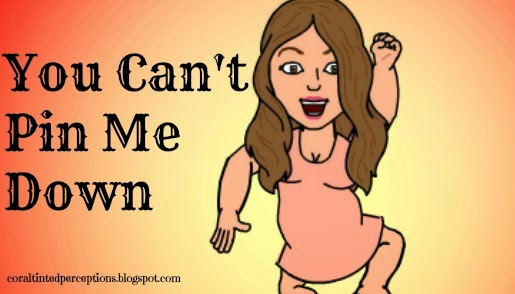 It actually started as a joke because one of my BFFs is in Human Resources and she was saying that this test was really helping them at work understand their employees but when she was looking at the possible answers, she couldn't really pin me down so she sent me the test and I've taken it at least six times. Never the same answer.

Does that mean I'm a psycho, that can't be profiled???


This is what all that means and my comments:

// ENFJs are global learners. They see the big picture. The ENFJs focus is expansive. Some can juggle an amazing number of responsibilities or projects simultaneously. Many ENFJs have tremendous entrepreneurial ability.

- I definitely would view myself as a global learner. Often referred to as a nerd but really, I like learning new stuff and stimulating my intelligence. I do tend to take charge of projects which may lead to me organizing a number of projects simultaneously.

//Their offices may or may not be cluttered, but their conclusions (reached through feelings) about people and motives are drawn much more quickly and are more resilient than those of their NFP counterparts.

- This may or may not be true. Usually I keep my office or space organized. Although, it seems like to others organized chaos, when I do a clean down, I really clean up and maintain for a while month or so.

- YES!!! I absolutely know people and appreciate some all. That appreciation isn't necessarily reciprocated.

//Like most NFs, (and Feelers in general), they are apt to neglect themselves and their own needs for the needs of others. They have thinner psychological boundaries than most, and are at risk for being hurt or even abused by less sensitive people. ENFJs often take on more of the burdens of others than they can bear.

- I've been told this is true and at times I do agree. Okay, I agree all the time, although in my adolescence I definitely used to take how people reacted to my advice or opinion very personally but as I got older I realized that  people will react the way they want to either way. Often your  advice falls on deaf ears.


Have you taken the test yet? Were your results conclusive???

Today's Wednesday, so you know I'm linking up with Kathy and Ian!


i love these things. i was actually expecting to see BITCH. haha!

thanks for linking up!

I haven't taken that one, but I love personality tests!! I'll have to look at taking that one. My favorite is the color test.

ive taken the meyers briggs a bunch of times and the only letter that is the same every time is the first one: big capital I for Introvert!

I love that you used an Austin Powers Gif, I think he's awesome!

I don't think it's quite true though because a lot of them I was like, well... both and then just picked one.

Sarah @ Back to Carolina said...

I haven't taken one of these tests in awhile! Last time I had to take it for a class, so when I announced that I was surprised that I was an extrovert. I guess I should take it again and see if I still get that!

I'm pretty consistently always right in the middle. Which is probably why I am a school social worker, but I don't want children and prefer to hang out by myself at home :)

I took this a while back but totally forget what I got- I think I will do it again!

Kasey At The Bat said...

I ended up with ENFJ too! a distinct preference of intuition over sensing apparently. so I googled other ENFJ personalities -- we're in pretty good company!

my desk is definitely a constant battle to keep clean though...

I've taken it a bunch of times and I'm always an ENTJ. Like ever since grad school. At least I'm consistent. So we're pretty similar except I don't have the feels. :)

Hm, I did this test a couple of years ago but I need to do it again.

I need to take the test. I'm all about online tests. I know I am always Belle in any Disney test too :)

This was so interesting! I got ESFJ

which is pretty spot on!

I don't take these that often, but usually when I do, the results are different than the time before.

The last one I took a few months ago said I am a ESFJ. In high school I was ENTP.

I have to take this. I know Ill be plenty extroverted because well ... I am! lol heading over to take it now!

I've taken this and I can't remember what it was. But I'm definitely think i'm a feeler. All the feels. All the time. I cried because I was happy to watch Florida Georgia Line play on Good Morning America.