It's unfortunate that we've decided to sell my baby, Dis'llbetheday. 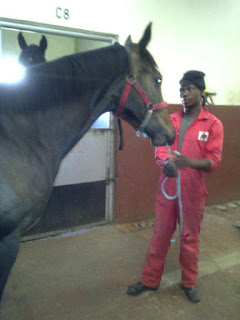 Dis'llbetheday was purchased in September 2011 and my dad was really excited to finally have a colt (or boy for those that don't know horse terminology). We had already owned Uptothemoon for a year and she was making money and earning her keep that deciding to invest in Dis'llbetheday was a no brainer.My dad was introduced to the horse through an ex-colleague who wanted to partner with my dad over Dis'llbetheday. 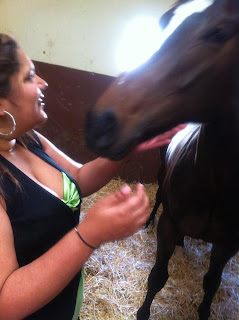 Some background, Dis'llbetheday was originally named Plinius (I have no idea what that means or the significance) he's dad is Daylami and his mom World Premiere. All the owners decided we needed to change his name to something more suitable of a champion, we submitted names and then voted on it and were left with Dis'llbetheday.

It's strange that when we got him and during our first meeting he was calm and allowed me to pet him just a little bit and then he would walk away, aloof and unaffected by me standing there waiting for him. The next time I visited him he had grown soooo much and he was bursting with testosterone so much so that all he wanted to was bite EVERYTHING! 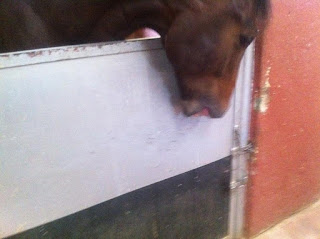 Either way, his testosterone left him with loads of energy and despite his brilliant talent, he kept picking up little injuries. He finally started running and always seemed promising but he picked up injury after injury and finally it became my dad's financial decision for us to sell our share in him.

Although I am extremely saddened by having to sell him, I will always, back him (remembering that I'm not a gambler) and I hope he goes on to win lots of races because especially after his sterilization he's become so calm and lovable. 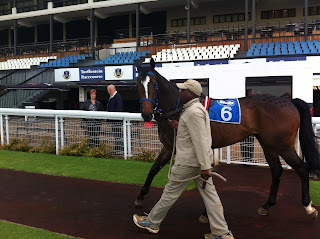 So although today it hurts, I know it is best for him and for us.
I don't have pets and my horses have taken the place of my pets and even though Dis'llbetheday doesn't belong to me any longer I will always love his feisty temperament :(
Posted by Nats ~Coral Tinted Perceptions at 18:24

Email ThisBlogThis!Share to TwitterShare to FacebookShare to Pinterest
Labels: horses

Hi, I am the current owner of Dis’llbetheday.

Do you have any photos of him as a youngster?