As I told you on Monday, it was my brother's birthday which lead me to think about all the things I've done or would do for my brother as well as all the confessions that go along with sibling love.

So, here we go, I confess

... when I was 10 years old or so my parents said they were going to have another baby and I had a full on hissy fit thankfully they were just joking with me.

... my brother was the one who was responsible for co-ordinating my first "official" kiss.

... since then he gets all icky about me and boys

... when Edwin, my brother was 12 years old or so, he was running in our flat and jumped on the door frame and fell which he was warned about doing before. When he fell, he ended up cracking his head but before my parents came home he coerced me into agreeing to tell everyone that he was chasing me and fell against the table so my parents didn't have to tell him "I told you so".

...my family believed the above story for a good 5 years until we thought it was safe to share the truth.

... when we were younger we went for dancing lessons together, I think we looked something like this...

... I actually pulled off throwing a surprise party for my brother last year. 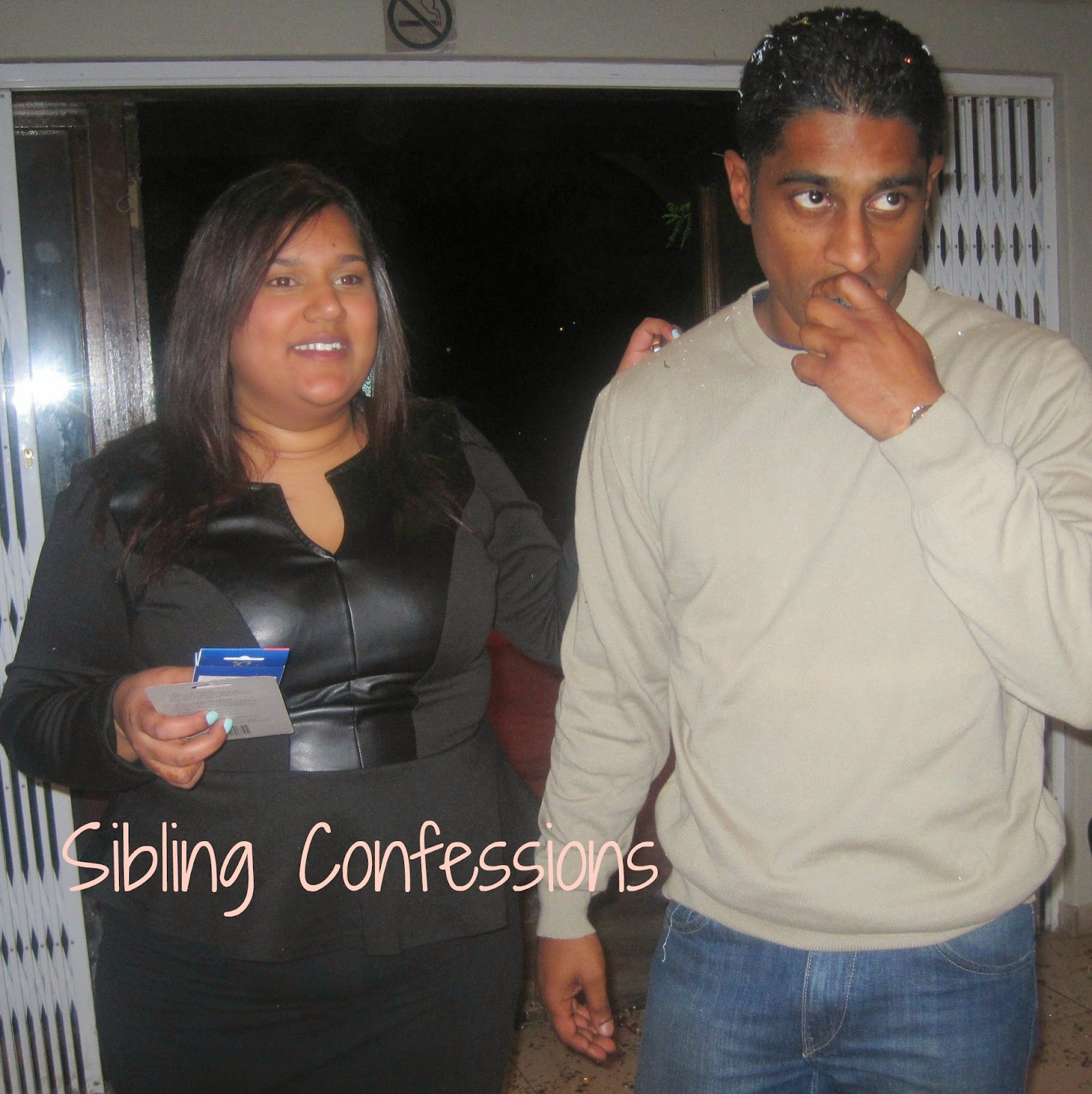 Email ThisBlogThis!Share to TwitterShare to FacebookShare to Pinterest
Labels: h

Hahaha I LOVE how you and your brother were a dance team! That's so epicly amazing. I have a sister who is five years older than me so we really didn't do much together when we were younger, but my mom INSISTED on dressing us in similar outfits. UGHHH.

I love that his is all about you & your brother. I hope you looked just like Ross & Monica when you danced together ha.

Great post about your brother! One of my funny confessions about my little sister is that one day we were playing keep away from her at the park (she's 7 years younger) and all the sudden she screamed give me the *BLEEP* ball! A 3 year old cussing is quite hilarious but we were all stunned at the time. Also my friends and I used to throw a blanket over her head and then run and hide - eeeek I was a horrible sibling!

but is there any video evidence of this dance team??? That is the question!

YES! I need to see the dance duo videos!!!

siblings are the best! i confess i dont talk to mine as often as i should!

I love the dancing picture from Friends--- "the routine!" hahah. Sounds like yours were great! ;)

What an awesome tribute to your brother! my brother wrecked our parents car when he was like 14 yrs old and I knew he had taken the keys. I told him he better say he stole the dang thing!

Aaaaahhhh! The Ross and Monica dance gif is one of my fav Friends moments!!!! IDK what it is, when my sis talks about her bf it's different than having little bro talk about his. I'm just used to hearing girls gush about boys maybe?!

My younger brother and I get along for the most part however, when we were younger and arguing I would question why my parents hadn't gotten a dog instead of having another child.

He coordinated your first kiss??? Do tell us more! lol Yes Im nosy!

This post is so cute! You and your brother have such a great relationship. I laughed for the part when he cracked his head and asked you to cover for him:-) He was responsible for your first kiss??! ;-)))

You two were hilarious Nat! I'm an only child, so I seriously missed out.