I wanted to blog yesterday all about the Emmys but after my MTV VMA post I figured it would be too much for my lovely readers to inundate them with more awards show views plus, the Emmys were surprisingly boring and yes, I'm talking about the red carpet however, I love TV. I've said it many times before but I'll say it again, TV is a big part of my life. 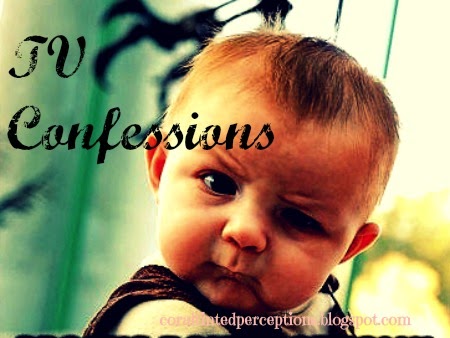 Here are some of my TV confessions also, be forewarned if you haven't caught up on all these shows.

1. Greys Anatomy
When Lexie was killed off the show, I really didn't know she was leaving so I watched it full on crying and in shock.


2. Game of Thrones
While this is a show where ridiculously unexpected things happen every so often episode my most shocking episode was the Red Wedding.

This was so shocking you can actually watch people's reactions to watching this scene.

3. The Good Wife
This is actually the episode that triggered this post. How did I not know that they were killing Will off???

I am so upset about this because Will was my favourite character on the show and the way he was in love with Alicia was so special.

This time it's the Purple Wedding. I spent so much time watching this show wishing they would just kill Joffrey off and when it happened my reaction was somewhat like this...

5. Scandal (The Fixer)
I'm going to be honest, I thought David would have been killed off but alas, it was James who had to go...

6. Chicago PD
I only started watching it because I'm a Sophia Bush fan but now I'm seriously into it! Plus her partner is super hot, hopefully they hook up soon...


7. Drop Dead Diva
It's so silly but I can't stop watching it!


8. Girls
I cringe almost every episode and yet I am more hooked then ever before. 9. Reruns, I will NEVER get tired of rewatching Sister Sister / Half and Half / 7th Heaven / Soul Food / One Tree Hill / Sex and the City / Friends or the Nanny. There are loads more but you get the idea...

What's the one show you never get tired of watching? 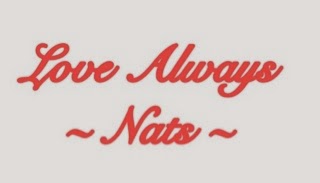 Killing off Mark from Grey's KILLLLLLLEEEEEEDDDD me. I kept thinking he might make a come back and then.. I can't even bear it.

I never watched Friends when it originally aired, but I will happily watch reruns now, same for Seinfield. Pretty much anything on TBS.. don't judge me.

Ok you seriously had me panicking with the Chicago PD (which I've never watched) thinking I had missed the beginning of Chicago Fire season 3.

Kasey At The Bat said...

I regularly have to explain that the tv is on Nickelodeon because I was watching Friends reruns.

Killing Joffrey might be my favorite TV moment in recent TV! I was SO happy! I don't watch a lot of TV, but I will watch Friends, Game of Thrones, and I would watch Gilmore Girls if it was on!

I confess the only show out of all of these I've ever seen is Drop Dead Diva. Annndddd I haven't watched it since the season that ended with Jane getting on a plane to Europe or something. I need to figure out what season that was and get back to it!

Red Wedding got me too. The BF was like - you may not want to watch this episode, so I had a "hint" but nothing could have prepared me for two of my favorite characters getting killed off!!!

I miss Drop Dead Diva so much!

I'm terrible about finishing tv shows. I watched every episode of House except the last one. I just didn't want to. Then I'll watch like 7 episodes of something and never again.
Issues...

I'm going to Netflix Game of Thrones. I'm so behind.

I recently started to watch Grey's Anatomy. I also loved House and Desperate Housewives. As you can see, I'm so behind. I constantly watch the food channels and forget about the rest.

I'm so behind on scandal. I'm still on Season 2. I'll get there... eventually.

haha all of this! Except I wasnt surprised at the red wedding because Im prob the only fool who read the books!